Ellen joined PepsiCo in 2014 as senior vice president in R&D and currently is based in Purchase, NY.  As part of her current responsibilities, Ellen leads digital transformation in PepsiCo R&D.

Apart from her role in PepsiCo, Ellen served until January 2018 as the interim and founding CEO of EIT Food, the largest public private consortium in Food sector and is also on several boards including the New York Academy of Sciences, ILSI Board of Trustees, Open University & Hogere Agrarische School (the Netherlands).

For the last 22 years Ellen has worked as senior executive in multinationals in various industries including pharmaceuticals, foods and beverages, coatings and life sciences and she lived and worked in 6 countries. She earned her PhD cum laude in bio-organic chemistry from Leiden University in The Netherlands and completed post-doctoral work in molecular biology at the Massachusetts Institute of Technology (MIT) with Nobel Laureate H.G. Khorana. Her research was awarded multiple times and in 2000 she received the Golden Medal from the Royal Dutch Chemical Society for being the best Dutch chemist under 40 years of age. In 2020 she was given the US Power 50 award. 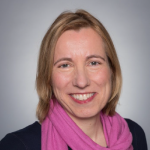 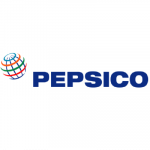